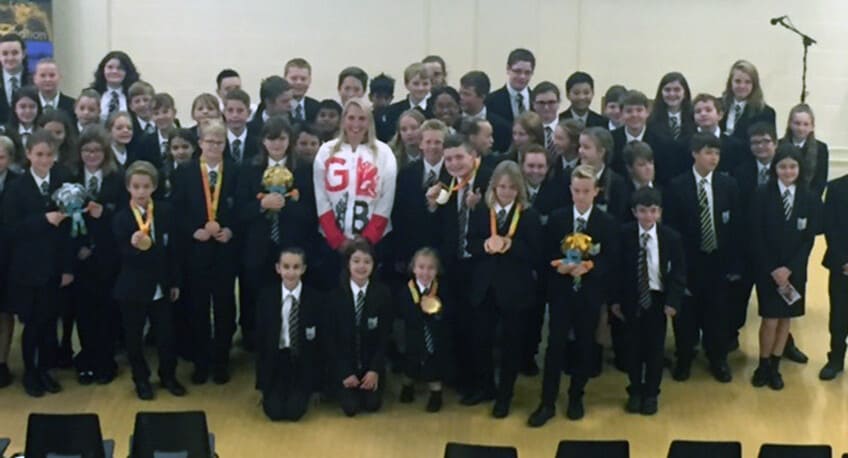 We were lucky enough to Stephanie Millward with us this morning. She is the Paralympic Gold, Silver and Bronze medallist in Rio 2016 Olympics. She was an inspiration to students in sharing her story of never giving up! She was diagnosed with MS at 17 just as she was about to compete in the Sydney 2000 Olympics as an able bodied athlete. Her MS diagnosis manifested itself in numerous ways including causing blindness for periods of time. Since the age of 4 Stephanie had harboured dreams of being a Gold medallist but that dream was smashed when she was diagnosed with MS. A chance meeting made her consider the Paralympic route and she bounced back to huge success winning multiple medals in the 2012 London Olympics.