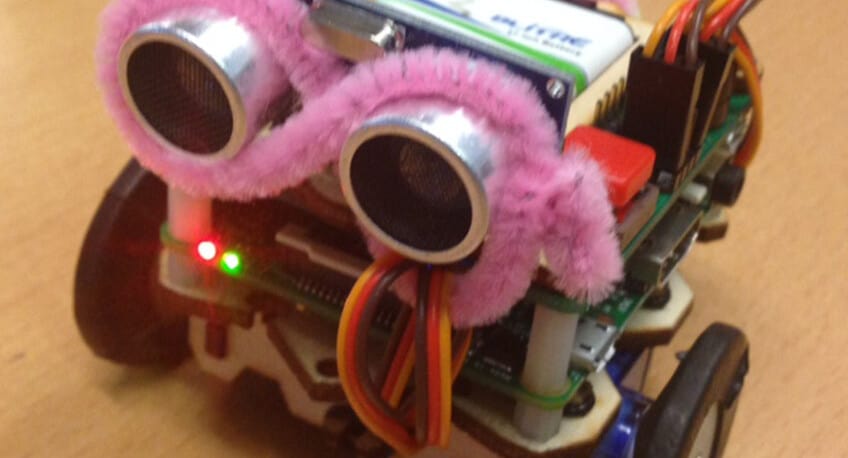 Twenty-five Abbeyfield students aged 13- 16 were very fortunate this week to host a World Leading Robotics Workshop, “Rise of the Robots” led by the University of the West of England.  This was the prize following our hugely successful 2016 entry to their Save the World competition, where students from Abbeyfield competed against other regional schools to identify, and potentially solve, some of the World’s most significant environmental challenges.  This workshop was an exciting chance for Abbeyfields Year 9, 10 & 11 Scientists and Geographers to take part in a 2 hour session to build, programme and then operate their own robots.

Students more than stepped up to the challenge of constructing robots with minimal instructions, other than to ‘think’ through the task.

Miss Jones Geography Teacher said “It was a really inspiring session today, despite some setbacks, and a lot of head scratching on the role of the pipe cleaner (apparently, for decorative purposes, not to conduct electricity as, rather dangerously suggested by one student!), all were successful and we soon had our very own ‘Robot Wars’ taking place in the Learning Centre.

Students thoroughly enjoyed the workshop, and hopefully have been inspired for future careers, possibly in the Robotics industry!